In 2005, Christian Appalachian Project (CAP) turned to RMI for help with list brokerage services. They were struggling with a very high cost to raise $1 in acquisition, with a small number of core continuation lists and a low test to continuation ratio.

We tested deeper into files that were doing very well and reactivated dormant exchanges by finding better selects on those lists. And we concentrated on testing only highly targeted lists.

RMI increased exchanges by getting mailers back in on CAPs list and recommending better selects for improved results. We reduced list costs by negotiating better pricing and favorable net name arrangements, making it possible for them to rent lists that had only worked on exchange in the past. We also worked closely with their agency on testing new packages to improve overall results.

With the improved results and expanded list universe, CAP and RMI had better lists to choose from when building mail plans. This resulted in higher quality donors, with higher renewal rates, and higher average gifts. 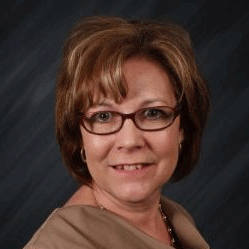 "As a nonprofit organization it is very important to have a list brokerage and management partner that believes in and is an advocate for your mission. For many years now that partner for us has been RMI Direct."

reduction in cost to raise $1 in the first year alone

From auto repair shops to veterinarians, countless local businesses operate in every city in the U.S. - making the process of choosing the right service provider a pretty difficult task. Consumers’ CHECKBOOK magazine solves the problem by extensively researching businesses, and reporting on the best service at the best possible price. CHECKBOOK is published by the Center for the Study of Services, and covers seven major metropolitan areas: Boston, Chicago, Delaware Valley, Puget Sound, San Francisco Bay, Twin Cities and Washington DC.

Mayo Clinic, one of the worlds' foremost medical centers, produces the Mayo Clinic Health Letter and numerous books that draw on a century of patient care, medical research and experience with the goal of enlightening readers.

Charles Tyrwhitt is a British menswear retailer. They specialize in formal men’s shirts, shoes, suits, knitwear and accessories – and also offer a line of womenswear and casual apparel.

Guideposts, a nonprofit organization, touches millions of lives every day through products and services that inspire, encourage and uplift. Their magazines, books, prayer network, and outreach programs help people connect their faith-filled values to their daily lives.