The List Marketing team at RMI had a goal of creating a list promotion campaign that would drive traffic to National Wildlife Federation’s list microsite: a hub for all NWF list news, datacards, and sales promotions. The campaign would also seek to generate awareness and leads among list brokers, in a fun and creative way.

Every month, the editors of National Wildlife® magazine select an unusual or funny photo from entries in their annual photography competition and invite readers to submit clever captions for a chance to win a prize. RMI was inspired to host our own caption contest for NWF to engage mailers and brokers within the direct marketing community.

With this campaign, we:

The feedback was positive and the results were astounding. During the two months of the campaign, 65 leads were generated for RMI’s sales team to follow up on. Traffic to the NWF microsite hit an all-time high with a 633% surge in visitors compared to the 12 months prior to the contest. One lucky broker earned a new iPad for their winning caption. 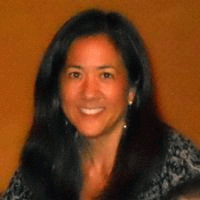 "I received great feedback from associates in the business about how fun and innovative this promotion was. Thank you all for all your work in developing and implementing this campaign."

The Christian Appalachian Project is an interdenominational, nonprofit Christian organization committed to serving people in need in Appalachia by providing physical, spiritual and emotional support through a wide variety of programs and services.

Mayo Clinic, one of the worlds' foremost medical centers, produces the Mayo Clinic Health Letter and numerous books that draw on a century of patient care, medical research and experience with the goal of enlightening readers.

Guideposts, a nonprofit organization, touches millions of lives every day through products and services that inspire, encourage and uplift. Their magazines, books, prayer network, and outreach programs help people connect their faith-filled values to their daily lives.

From auto repair shops to veterinarians, countless local businesses operate in every city in the U.S. - making the process of choosing the right service provider a pretty difficult task. Consumers’ CHECKBOOK magazine solves the problem by extensively researching businesses, and reporting on the best service at the best possible price. CHECKBOOK is published by the Center for the Study of Services, and covers seven major metropolitan areas: Boston, Chicago, Delaware Valley, Puget Sound, San Francisco Bay, Twin Cities and Washington DC.